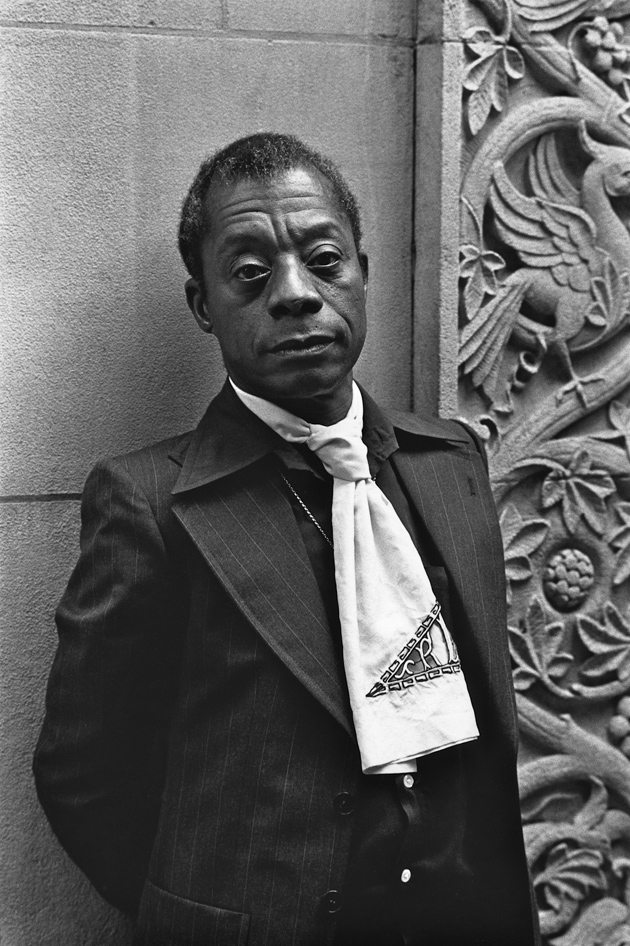 Inaugurating “The Year of James Baldwin,” a city-wide celebration in 2014 – 15 of the continuing artistic, intellectual and moral presence of James Baldwin, on the occasion of what would have been his 90th year, James Baldwin, This Time! will present no fewer than 18 events in an array of theater, visual art, dance, video, and literature featuring such artists as Suzan-Lori Parks, STEW, Carl Hancock Rux, Colman Domingo, Fran Lebowitz, Colm Tóibín, Charles O. Anderson, Patricia McGregor, and Hilton Als.

“New York Live Arts is proud to launch the monumental city-wide multidisciplinary festival The Year of James Baldwin with James Baldwin, This Time! and collaborate with such illustrious partners as Harlem Stage and the Columbia University School of the Arts,” stated Jean Davidson, Executive Director and CEO of New York Live Arts. “Bringing people, resources and big ideas together to examine the past and reimagine the future is important to New York Live Arts and we are incredibly thankful to the Ford Foundation and our colleagues at the Richard Avedon Foundation, The James Baldwin Estate and the New School’s Vera List Center for Art and Politics for their support of our second annual Live Ideas festival.”

“After the success of New York Live Arts’ inaugural Live Ideas festival, The Worlds of Oliver Sacks, we are thrilled to shift the focus to another multifaceted generator of and magnet for ideas, James Baldwin,” said Bill T. Jones, Executive Artistic Director of New York Live Arts. “James Baldwin is a unique and indispensable voice in twentieth-century art and ideas. He continues to shed light on the painful truths of our society, engaging us as almost no other figure does in the intractable conversation at the intersection of class, race, sex and violence. There were other powerful artists and social justice thinkers in his era, but what set James Baldwin apart was his ability to address, in terms at once poetic and visceral, what we can only call ‘Americanism.'”

Among the highlights of the festival are the world premiere of the theater work Nothing Personal, based on the 1964 collaborative book by James Baldwin and Richard Avedon, directed by Patricia McGregor and starring Colman Domingo; a preview of Carl Hancock Rux’s play Stranger on Earth, featuring vocalist Marcelle Davies Lashley; a preview of award-winning composer STEW’s Notes of a Native Song; the New York premiere of choreographer Charles O. Anderson’s Restless Natives; and the world premiere of choreographer Dianne McIntyre’s Time is Time. Also featured during the festival are an original video installation, inspired by the writings of Baldwin, by contemporary visual artist Hank Willis Thomas; and the speaking program “Jimmy at High Noon,” featuring poet Yusef Komunyakaa, critic, essayist and memoirist Hilton Als, playwright and actor Tarell McCraney and others reading Baldwin’s work and discussing its impact.

James Baldwin, This Time! is curated by celebrated non-fiction writer Lawrence Weschler in conjunction with Bill T. Jones. “For all his time in exile, and for all of the time he spent dwelling on the agonies of difference, Baldwin always spoke in a radical, cleansing and prophetic voice from the standpoint of an American – his own word, endlessly repeated – reclaiming and reconceiving that term in a way that seemed especially relevant to the poisoned discourses of our own era,” stated Weschler. “That’s part of what we were trying to get at in titling our festival James Baldwin, This Time! We can’t wait to see the sorts of discourses it will spark.”

The 2014 Live Ideas festival James Baldwin, This Time! is being presented by New York Live Arts as part of “The Year of James Baldwin” in partnership with Harlem Stage and Columbia University School of the Arts and its Office of Community Outreach and Education. Other collaborators include the Richard Avedon Foundation; The New School and its Vera List Center for Art and Politics and the School of Writing; and others to be announced as the year progresses.

Please see the descriptions and schedule below for complete program details. *Schedule in formation and subject to change.*

Article Republished Courtesy of Off Broadway