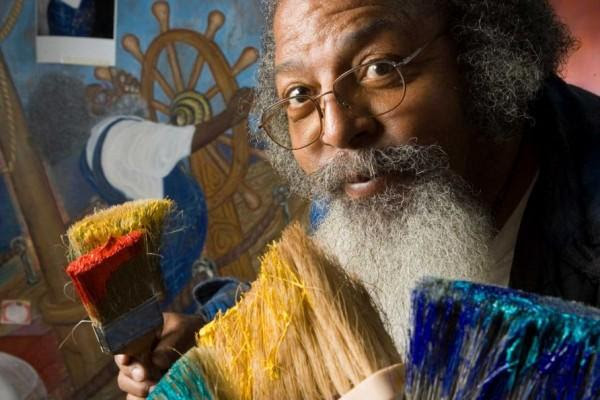 Bert is an hour-long documentary film that follows the life and art of the esteemed RomePrize winner, Bert L. Long, Jr, as seen through the eyes of collectors, colleagues, gallerists, and friends. Narrated by artist John Alexander, the film reflects on the long and storied career as told by admirers such as Valerie Cassel Oliver, Senior Curator at the Contemporary Arts Museum Houston; Leslie King Hammond, Founding Director of the Maryland Institute College of Art Center for Race and Culture; Peter Marzio, the late Director of the Museum of Fine Arts, Houston; Rick Lowe and Floyd Newsum of Project Row Houses; as well as artists and collectors such as David McGee, Jesse Lott, Dick DeGuerin, and Marilyn Oshman.

Written, produced, and directed by Houston-based arts patron, John Guess Jr., the film eloquently reveals Long’s practice – encompassing various media including painting, sculpture and performance art. The film, only exclusively screened to date, is presented in cooperation with the Houston Museum of African American Culture and in conjunction with the Bert: Back and Beyond exhibition at Deborah Colton Gallery