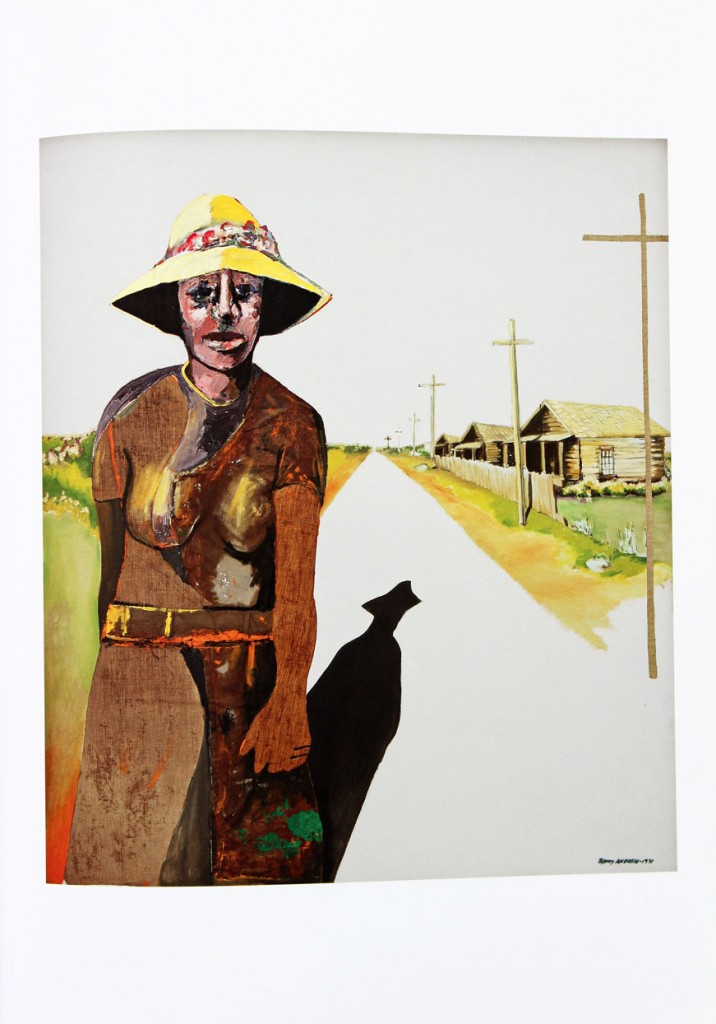 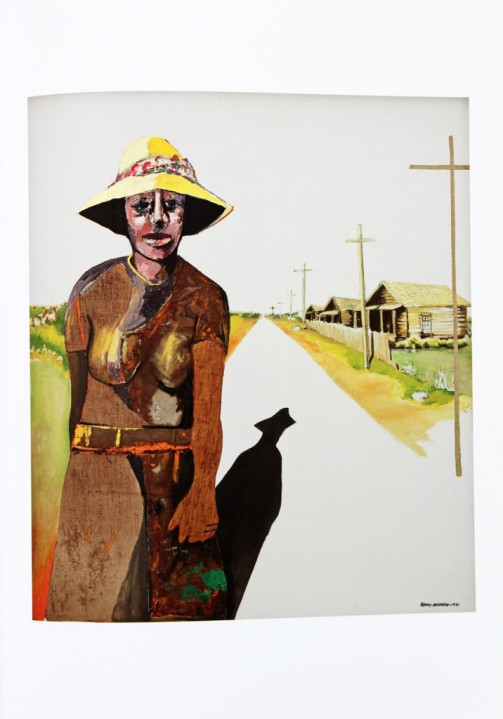 AN EXPRESSIVE COLLAGE TECHNIQUE introduces both tactile and narrative dimensions to Benny Andrews‘s (1930-2006) canvases. Evoking a tangible sense of pride, strength and strife, his textural paintings articulate remembrances from his childhood in the segregated South and the socio-political issues about which he was passionate throughout his career in New York.

The first comprehensive survey of his work since his death, “There Must Be a Heaven” was on view at Michael Rosenfeld Gallery from March 19 to May 24, 2013. Created between 1964 and 2005, the oil and mixed-media collage works explore American identity, prisons, war, migration, farming and the challenges and dignity of black life.

Published to coincide with the exhibit, the catalog “Benny Andrews: There Must Be a Heaven” contains vivid color plates of more than 40 paintings by Andrews and essays by Congressman John Lewis (D-Ga.) and Lowery Stokes Sims, curator at the Museum of Arts and Design. A foot soldier in the fight for civil rights and one of the art world’s most accomplished thought leaders? Indeed, the unique pairing is an indication of Andrews’s origins and point-of-view, as well as the significance of his practice.

In the catalog’s foreword, Lewis writes that from the moment they met, he and Andrews connected. Both sons of sharecroppers, “We both grew up in the bitter hardship of a segregated South, and we both were determined never to accept it,” the congressman says.