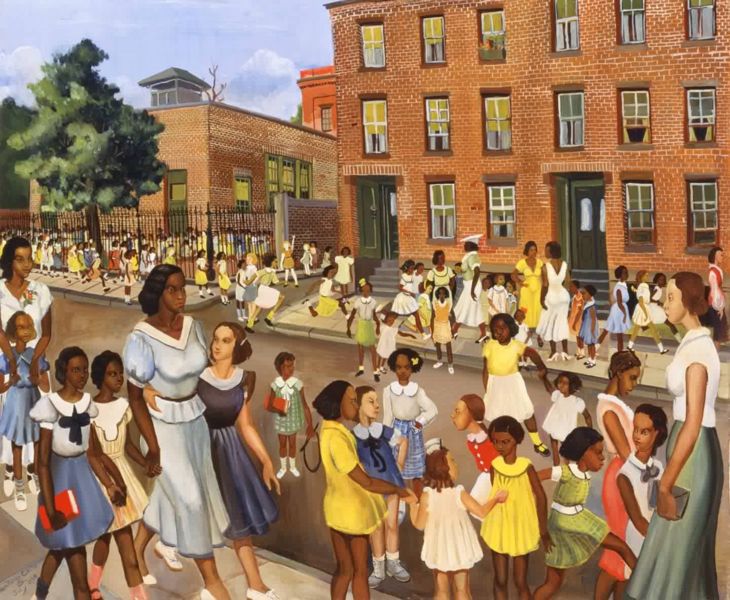 Allan Crite is a renowned African American artist who received his formal training at the School of the Museum of Fine Arts in Boston and Harvard University. Raised in Boston, his early work in the twenties and thirties depicted vibrant street scenes of the daily lives of African Americans in that city. A devout Episcopalian, his work soon began to exhibit strong religious themes as well, depicting blacks in interpretations of Biblical stories and African American spirituals. Primarily a painter, Crite has also written and illustrated several books, created hand-tooled brass panels that once adorned a monastery, and designed and painted vestments and banners for St. Stephen’s Episcopal Church in Cambridge. He is also the author of Is it Nothing to You? which was published in 1948 by the Department of Social Service in the Diocese of Massachusetts.

Crite has received several honorary doctorate degrees. During the fifties and sixties, Crite lectured on religious art at seminaries around the country and in Europe. His work is exhibited at the Smithsonian, New York’s Museum of Modern Art, the Museum of Fine Art in Boston, the Art Institute in Chicago, and other major art galleries in around the United States. Many Episcopalians are familiar with his popular artistic illustrations that were published for many years in the 1970s and 80s as covers for Sunday service leaflets. Allan Crite died in 2007 at the age of 97.

*Drawings done by Crite are on display at The Archives of the Episcopal Church.