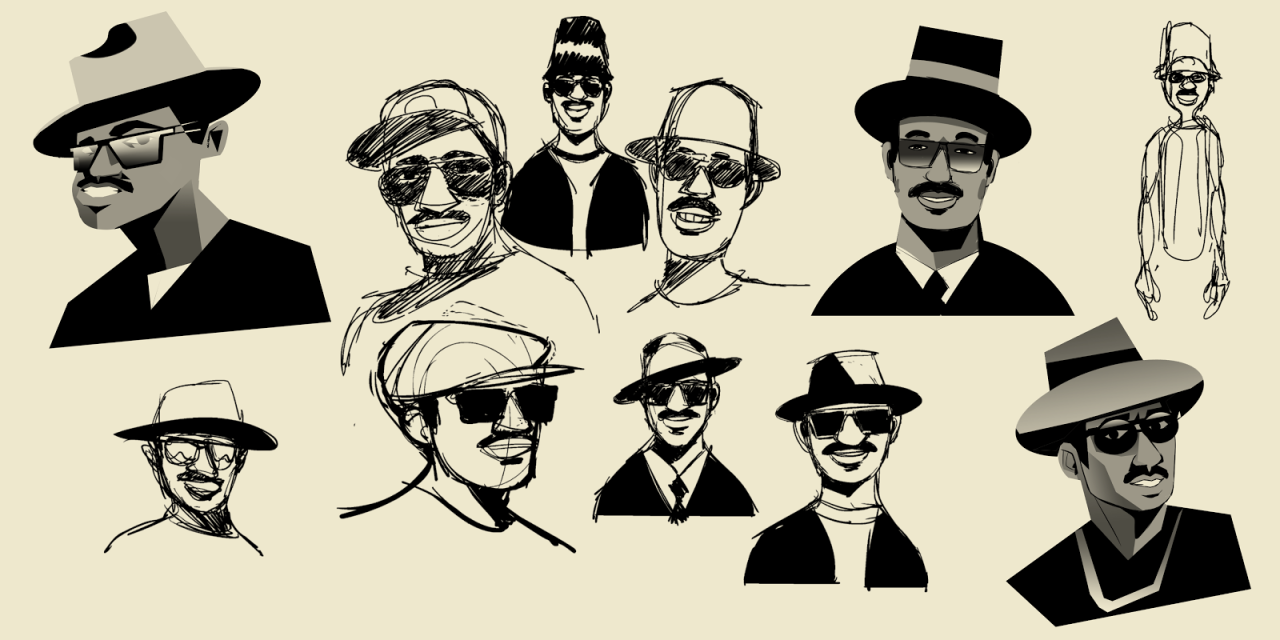 Google took it one step further and debuted a historical Doodle compass about Hip Hop and its impact on American culture. The first-of-its-kind Doodle featuring a custom logo graphic by famed graffiti artist Cey Adams, interactive turntables on which users can mix samples from legendary tracks, and a serving of Hip Hop history – with an emphasis on its founding pioneers is simply, fly. What’s more, the whole experience is narrated by Hip Hop icon Fab 5 Freddy, former host of “Yo! MTV Raps.”

To dig deeper into the significance of this moment and culture from a personal perspective, we invited the project’s executive consultant and partner, YouTube’s Global Head of Music Lyor Cohen (and former head of Def Jam Records), to share his thoughts:

“Yes, yes y’all! And it don’t stop!” Today we acknowledge and celebrate a cultural revolution that’s spanned 44 years and counting. It all started in the NYC Bronx, more commonly known as the Boogie Down Bronx. Following the fallout from the construction of the Cross Bronx Expressway in 1972 that demolished a lot of the neighborhood, times were particularly tough. The youth needed an outlet –  a unifying sound, a beat, a voice to call their own. The Bronx DJ’s and MC’s rose to the task and the city loved them for it.

Hip Hop was accessible. A kid with little means and hard work could transform their turntable into a powerful instrument of expression (also illustrating hip hop’s technical innovation). Starting with folks like DJ Kool Herc, DJ Hollywood, and Grandmaster Flash, the grassroots movement created a new culture of music, art, and dance available to the 5 boroughs of the city and beyond.

Hip Hop was also rebellion against several norms of the time, including the overwhelming popularity of disco, which many in the community felt had unjustly overshadowed the recent groundbreaking works of James Brown and other soul impresarios from the 60’s. Specifically, they felt that the relatable storytelling and emotional truths shared in soul and blues had been lost in the pop-centric sounds of Disco. So Hip Hop recaptured that connection, beginning with the pioneers who brought back the evocative BOOM! BAP! rhythms of James Brown’s drummer, Clyde Stubblefield.

It should be noted that early Hip Hop stood against the violence and drug culture that pervaded the time. My dear friend & first client Kurtis Blow once said “On one side of the street, big buildings would be burning down…while kids on the other side would be putting up graffiti messages like, ‘Up with Hope. Down with Dope,’ ‘I Will Survive’ and ‘Lord, Show Me the Way!’”. The messages of resilience unified a community of people and were the backdrop of hip hop’s beginnings.

I won’t pretend I was present when Hip Hop began. I first engaged with Hip Hop music about ten years after its birth, when the culture was still a kid. I’d graduated from college and was working at a bank in Los Angeles. A year later, bored as hell, I quit. On a whim, I rented an abandoned hall and started booking shows. My policy was to provide a stage for the music that promoters were ignoring: punk-rock, reggae, and rap. It turned out to be a winning strategy. One of my very first shows included RUN DMC, and they absolutely KILLED IT. Following the success of those shows, I left LA for NYC and started working for Russell Simmons, who appointed me road manager for RUN DMC just as they were embarking on a European tour. It was December of 1984 and they found nothing but love on both sides of the English Channel. A month later, RUN DMC, along with Kurtis Blow, the Fat Boys, and Whodini, started touring massive arenas across the U.S.. To the rock establishment and corporate music business, hip hop was little more than a fad. But with acts selling out shows around the globe night after night, it was obvious that something bigger was brewing…

Hip Hop was disruptive. Ultimately, to me, it shows that people in any situation have the ability to create something powerful and meaningful. The progression of this culture and sound – from Kool Herc spinning James Brown breaks at a block party to Jay-Z, Kanye West, and Drake being some of the biggest forces in music 44 years later – is something that few people at that first party could have anticipated.

Hip Hop has done exactly what its founders set out to do, whether wittingly or unwittingly. It placed an accessible culture, relatable to any marginalized group in the world, at the forefront of music. In that spirit, here’s to BILLIONS of people getting a brief reminder that “Yes, yes y’all! And it WON’T stop!”

Experience the 44th Anniversary of Hip Hop with Google