From The Billie Holiday Theatre and RestorationART: 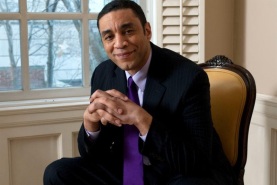 The Billie Holiday Theatre and RestorationART present the New York Premiere of A Small Oak Tree Runs Red written by Brooklyn’s own LeKethia Dalcoe, directed by renowned actor and director Harry Lennix. To commemorate the 100th Anniversary of the 1918 holocaust lynchings of eleven African Americans, A Small Oak Tree Runs Red takes us to a place between reality and memory. This story features Mary Turner, played by Kyra Riley a young African American woman whose 1918 lynching, while eight months pregnant prompted the National Association for the Advancement of Colored People (NAACP) officials to ask Missouri Republican Congressman Leonidas C. Dyer to craft the 1922 Dyer Anti-Lynching Bill whose passage was halted by a Southern Democratic filibuster in the US Senate. The cast also includes R.J. Foster as Hayes Turner and Yusef Miller as Sidney Johnson, all haunted by voices of the past, entangled in history and reprehensible acts against humanity, and armed with the understanding that to forget is to forever perish just like the countless stories before them, trapped within old newspapers and forgotten memories. A Small Oak Tree Runs Red, set in 1918 – one hundred years ago, is presented against the current socio-cultural backdrop of continued racial unrest across the US.