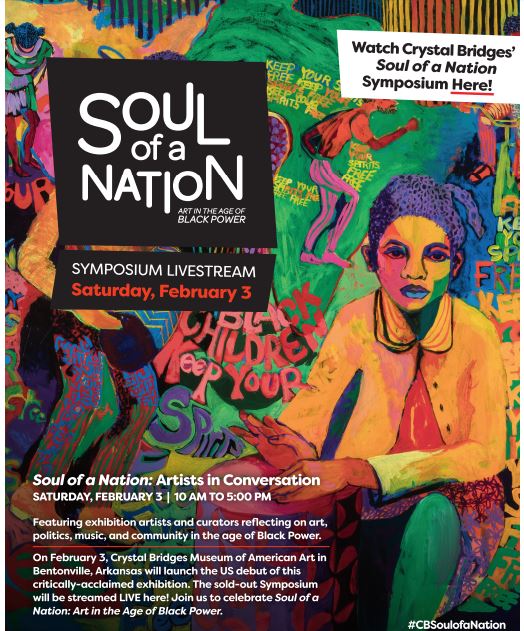 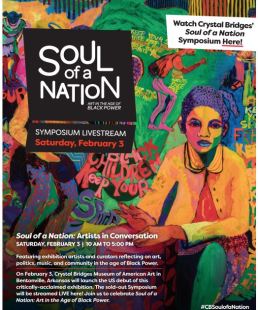 Developed by the Tate Modern in London and debuting in the US at Crystal Bridges, Soul of a Nation: Art in the Age of Black Power examines the influences, including the civil rights movement, Minimalism, and abstraction, on artists such as Romare Bearden, Noah Purifoy, Martin Puryear, Faith Ringgold, Betye Saar, Alma Thomas, Charles White, and William T. Williams.

Some artists, galvanized by the spirit of the civil rights movement, created images that spoke of solidarity, strength, and resistance, while others focused primarily on color, form, and concept. Some works paid homage to legendary African American figures from the period, including political leaders Martin Luther King, Malcolm X, and Angela Davis, musician John Coltrane, and sports hero Jack Johnson. The variety of artworks reflects the many viewpoints of artists and collectives at work during these explosive times.

Crystal Bridges is one of only two American venues to host this important exhibition, described as both powerful, and at times, challenging. Following its debut in Bentonville, the exhibition travels to the Brooklyn Museum in New York.