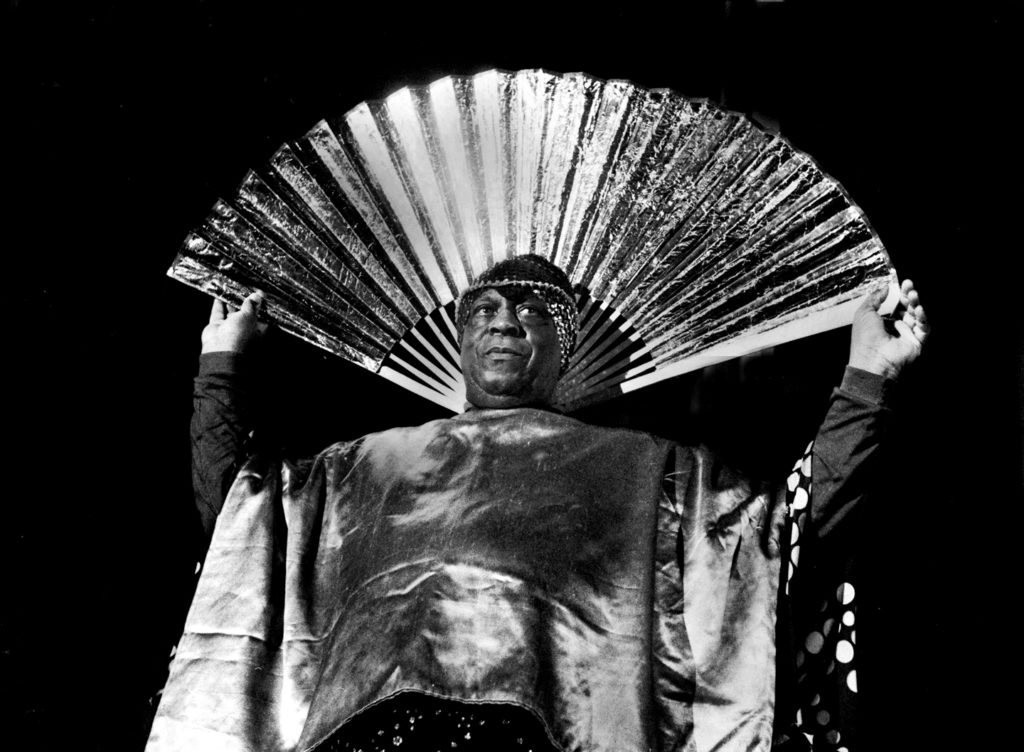 A pioneer of “Afrofuturism,” bandleader Sun Ra emerged from a traditional swing scene in Alabama, touring the country in his teens as a member of his high school biology teacher’s big band. While attending Alabama Agricultural and Mechanical University, he had an out-of-body experience during which he was transported into outer space. As biographer John Szwed records him saying, “my whole body changed into something else. I landed on a planet that I identified as Saturn.” While there, aliens with “little antenna on each ear. A little antenna on each eye” instructed him to drop out of college and speak through his music. And that’s just what he did, changing his name from Herman Blount and never looking back.

Learn more about the free online course; it debuted in 1971 @ UC Berkeley: http://www.openculture.com/2014/07/full-lecture-and-reading-list-from-sun-ras-1971-uc-berkeley-course.html