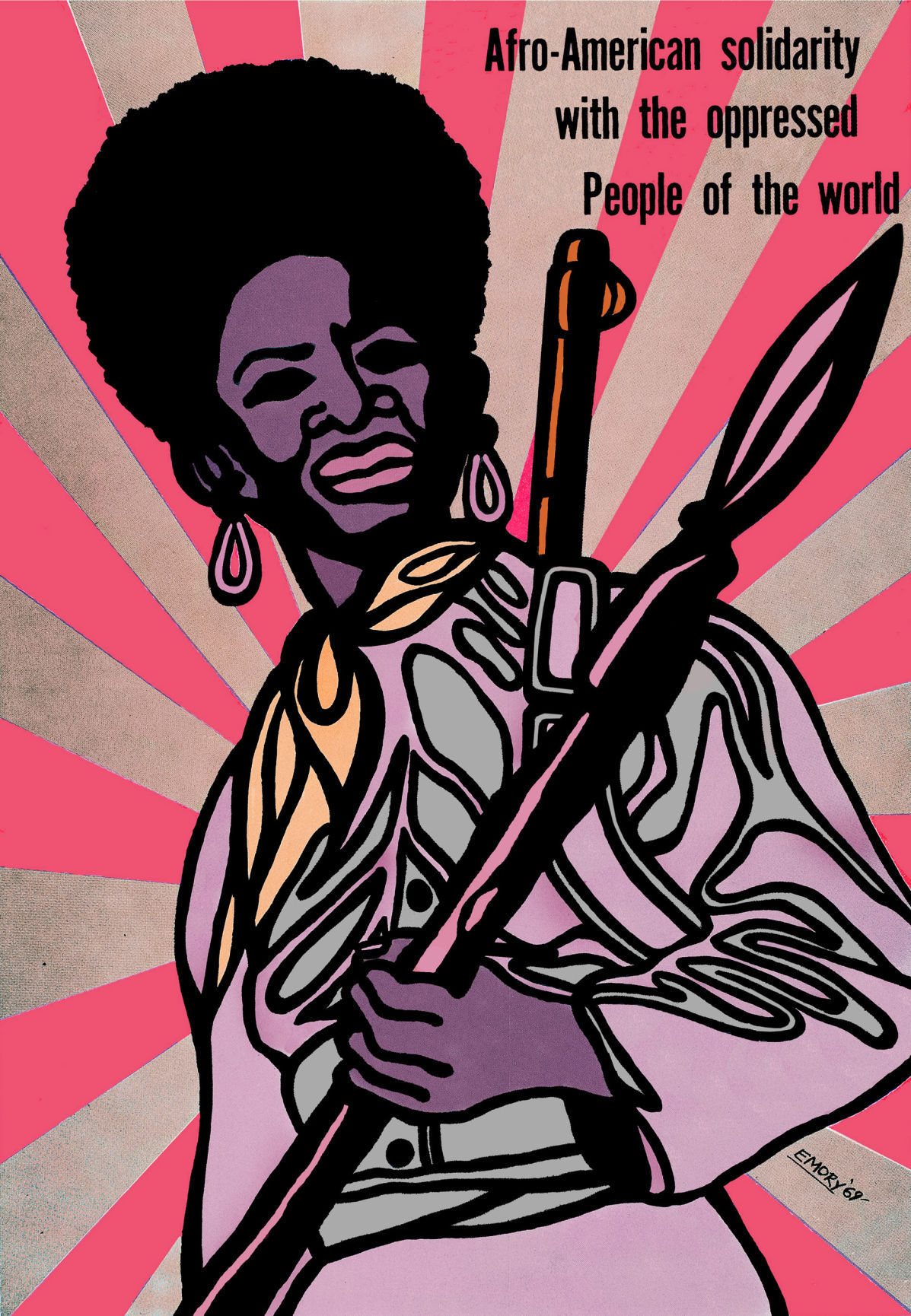 Known as the Revolutionary Artist by his fellow Black Panthers and officially titled their Minister of Culture, Emory Douglas provided the striking visuals and designed the layout to the newspaper that bore the organization’s name when it premiered in 1967. In this short but insightful documentary by the outfit known as Dress Code, Douglas looks back at his time with Eldridge Cleaver, Huey P. Newton and the other Panthers during that most tumultuous decade and a half.

Douglas reminds us that San Francisco was segregated just as much as the South during the earlier part of the 20th century and that police brutality was, well, just like today, but without cell phone cameras. Ironically, it was because Douglas went to juvenile detention (he first got arrested at 13 years old) that he learned screenprinting in the print shop there, priming him to help Cleaver start up the The Black Panther newspaper in his apartment.

Douglas’ graphic design style was born from necessity–thick black lines did not let color seep out as much in the printing, and talking about color, he could only afford one or two. Professor Colette Gaiter called Douglas the “Norman Rockwell of the ghetto,” affording the poor and oppressed a normalcy in its depictions usually given to the middle class. And although pigs had symbolized power, greed and corruption long before Douglas was born, it was his depiction of cops and other authority figures as anthropomorphic swine that has stuck with us to this day.

At its height, The Black Panther newspaper had a weekly circulation of 400,000, but in the early ‘80s, Douglas stepped down as designer. He has never stopped working for social justice and by the 2000s, his huge body of work began to tour galleries and museums, admired for its technique and beauty, along with its message.

A critique of Dress Code’s documentary is that it only affords us slivers of Douglas’ art–zoomed in and animated.

Credit: Artwork by Emory Douglas & Original Article Title: The Art of The Black Panthers: A Short Documentary on the Revolutionary Artist Emory Douglas, Published 2015 in OpenCulture.com by Ted Mills.

ART | library deco is an affiliate of society6 , an  affiliate art program designed to provide a means for creative institutions to earn a nominal commission for curating, sharing, and selling independent artists art products through the society6 website platform. Make a purchase from our curated art collection: Black Art Now on society6.